A Guide to Securing Cascading Stylesheets

The goal of this CSS (Not XSS, but Cascading Style Sheet) Cheat Sheet is to inform Programmers, Testers, Security Analysts, Front-End Developers and anyone who is interested in Web Application Security to use these recommendations or requirements in order to achieve better security when authoring Cascading Style Sheets.

Let's demonstrate this risk with an example:

Santhosh is a programmer who works for a company called X and authors a Cascading Style Sheet to implement styling of the web application. The application for which he is writing CSS Code has various roles like Student, Teacher, Super User & Administrator, and these roles have different permissions (PBAC - Permission-Based Access Control) and Roles (RBAC - Role Based Access Control). Not only do these roles have different access controls, but these roles could also have different styling for webpages that might be specific to an individual or group of roles.

Santhosh thinks that it would a great optimized idea to create a “global styling” CSS file which has all the CSS styling/selectors for all of the roles. According to their role, a specific feature or user interface element will be rendered. For instance, the Administrator will have different features compared to Student or Teacher or SuperUser. However, some permissions or features may be common to some roles.

Example: Profile Settings will be applicable to all the users here while Adding Users or Deleting Users is only applicable for Administrator.

Now, let’s examine what are the risks associated with this style of coding.

Motivated Attackers always take a look at *.CSS files to learn the features of the application even without being logged in.

For instance: Jim is a motivated attacker and always tries to look into CSS files from the View-Source even before other attacks. When Jim looks into the CSS file, he sees that there are different features and different roles based on the CSS selectors like .profileSettings, .editUser, .addUser, .deleteUser and so on. Jim can use the CSS for intel gathering to help gain access to sensitive roles. This is a form of attacker due diligence even before trying to perform dangerous attacks to gain access to the web application.

In a nutshell, having global styling could reveal sensitive information that could be beneficial to the attacker.

Let’s say, Santhosh has this habit of writing the descriptive selector names like

Good programmers like to keep code readable and usable by other Code Reviewers of the team. The risk is that attackers could map these selectors to actual features of a web application.

If an authenticated user with the Student Role tries to access AdministratorStyling.CSS through forced browsing, an alert that an intrusion is occurring should be recorded.

Being a programmer or a tester, take care of the naming conventions of your CSS (Cascading Style Sheet) Selectors. Obfuscate the selector names in such a fashion that attackers are not informed what a specific selector is linking to.

Example: CSS Selectors for addUser, addAdmin, profileSettings, changePassword could be named aHj879JK,bHjsU, ahkrrE, lOiksn respectively. These names could be randomly generated per user as well.

This NPM package can be used to perform the renaming of the CSS selector.

Web applications that allow users to author content via HTML input could be vulnerable to malicious use of CSS. Uploaded HTML could use styles that are allowed by the web application but could be used for purposes other than intended which could lead to security risks.

Example: You can read about how LinkedIn had a vulnerability which allowed malicious use of CSS that lead to the authoring of a page where the entire page was clickable including overwriting LinkedIn's standard navigation elements. 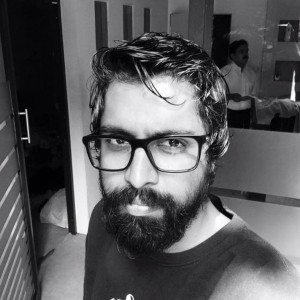 Santhosh Tuppad has played different roles in his life which include being an entrepreneur, liar, lover, boyfriend, husband, thief, passionate software tester, blogger, reader, trainer, coach, black-hat hacker, white-hat hacker, grey-hat hacker and what not. In this amazing journey of life, he has experienced his salvation. Not to forget that, “Salvation comes at a price” and of course he has paid that price. Before he was known for being merciless, ruthless, unkind, evil, etc. And today he is known for kindness, humbleness, and some people call him “Privacy Fighter”.

SPEAK TO THE CEO HIMSELF

Get in touch with us